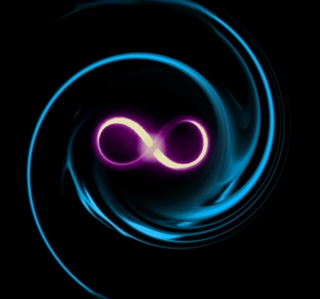 LIFE MAKE YOU WANNA SCREAM? LET IT ALL OUT !!!

NEED TO VENT :: Articles in psychology from books or websites

Hello!
I do not know who will read it, but I sincerely hope that many people ...
If I had the urge to write this article, because once again I have heard of yet another young person who has made the supreme act, and certainly desperate to end his life.
I can not find words to express what that leaves me in such a choice. Choice? Are you sure? No, because we can not know whether it was a real choice or not, since when we are going to take life, you live a fit almost unconscious when the mind rivanga and meet only the negative images, bringing thus the human heart to seek peace only in death.
It 's too simplistic and certainly complicated to express comuqnue but I'll try to do so.
When you think you want to die, he is returning from a journey that lasted for years. Even often the cause is to be found in childhood or adolescence! Often the wrong have one at all those who have given their lives, their parents. It 's all so sad. Absent parents. Parents distracted. Parents obtuse. Parents stifling and oppressive. Parents who are reduced to shreds your personality and your dreams for the benefit of their interests or because of their fears. Parents vent anger and anxiety of a child. Parents intrusive, so intrusive to penetrate you in every corner of your soul, and even more shocking, in your privacy! Parents who abuse their children, want to physically (through beatings or sexual abuse), either psychologically (through horrible words). And many other parents on earth, that they should do their parents, and the only good thing in life was to give birth to angels that then they did bring a cross between the whips and spitting.
I often hear or read in the telegiornai websites that a young man took his own life and that the causes are unknown! He was good at school, was integrated into the society, had no problems at home and was radiant and glowing every day! Allow me to criticize these statements! First of all, the first of which are not to be trusted their parents, because the first thing they do, perhaps even unconsciously, before the suicide of a child, is to "program" their minds to excuse! Why a parent there is nothing worse and more painful to admit that he had failed as an educator! What is a parent, but a teacher? A master of life? A reference point for a fragile and defenseless child who looks out for the first time in the world? In addition, a parent is not the owner of his own son!
Here, parents often break all the points mentioned above!
So many things, too many things still need to be considered! For example, take a parent who has spent his entire life building up his world! Think of a parent who gave birth to an empire! His first goal will be to not let all of its assets over! And then what does? He starts to think about! How to do for everyone to continue? So that their sacrifices did not end? Simple, think! My son will have to take the same direction! No matter what you think or want! No matter what is brought out in! It does not matter if it is more or less emotional! It only matters that require him to give him whatever he wants! Why is his son and must respect her wishes!
On the other hand there is a child who knows that in order to please his parents must take a certain conduct not to disappoint the were'nt. If you have difficulty, this means stress! If he tries to silence his dreams at the expense of those of her parents, this creates stress!
And what about all the billions of other cases and situations that cause children and adolescents to a constant source of stress and a constant sense of guilt! If you want we can open a debate on this issue!
But now I want to return to the state that is a suicidal.
It 's definitely a size that does not allow him to think of a future or Love or friends he has, and that allows him to see the light! This is worse than what he feels those who do not have anything! Let me explain, it's more sad to know that something so extreme we can get those who have someone who cares about him! Why? Why this confronts us with the fact that the despair that you can try, can reach levels unimaginable levels as high as assordarti and blind you, so you feel alone in the dark! So you totally crazy! And if you imagine the case, unfortunately commonplace today, which is actually EVER 'ONLY, then it is easy to get lost in the lusts of solitude and torment. It 's easier not being able to withstand so much pain, to seek death as a relief, as drug savior!
But I really want to say to anyone who is desperate enough to think to make such a gesture:
NOT 'NEVER LATE TO ARRANGE THINGS AND CHANGE YOUR LIFE!
Even if you're sad, lonely, and desperate, there is ALWAYS a road emergency created just for you! An EXIT me rescue you from your doom!
Well, I'm here! I want to be there for those who can not only find this path. And like me, you are part of this forum can be of support and support for others! By now you know that my philosophy is this!

+ + +'S 'ALWAYS A WAY OUT! EVEN THE SEE! PLEASE, BEFORE YOU TAKE EXTREME SIGNS IF YOU DO NOT OWN ANY WHICH REFER, WRITE HERE, and we will find a solution! PLEASE, HAVE FAITH! AND IF YOU DO THIS, YOU HAVE HOPE! + + +

NEED TO VENT :: Articles in psychology from books or websites